In My Humble Opinion (IMHO)
(Our Op Ed)

Under this web page, as your Webhost, I will cover points of view  impacting America today. Therefore, these opinions are solely of my own in consideration of news developments impacting "Our Generation USA!"​

In some cases, this opinions are in response to the separate web page "Here and Now"

With his attempted insurrection on January 6, 2021, in his last days in office as President, Trump attempted to destroy American Democracy, replacing it instead with Autocracy with Trump as the Autocrat/Dictator, and subject to no accountability for his actions to the rest of us: 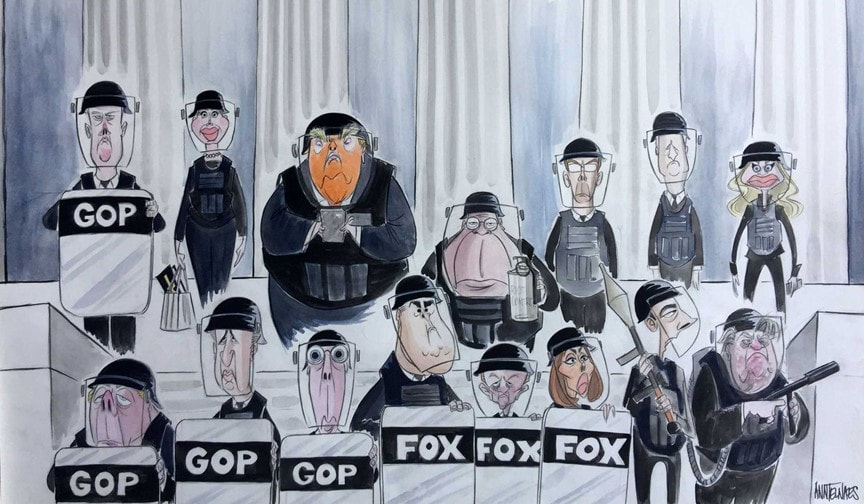 Amazingly, many elected congressional Republicans agree with and support Trump's efforts, first by attempting to delegitimize the 2020 Presidential election outcome to reinstate Trump as President, with the express purpose of giving Trump and the Republican leadership absolute power over the Government in order to replace democratic checks-and-balances with autocratic rule. (Consider that the GOP controls many state governments and has a sizeable influence on the Supreme Court.)

The idea of doing this started with Trump while he was President, by his praise of autocratic governments like Turkey and Russia. In our case, Trump believes in plutocracy where leadership is controlled by the richest Americans, meaning more tax cuts for the richest Americans.

Furthermore, to pay for these revenue cuts, the Republicans would further cut benefits for the poor and jobless minorities, even Social Security and Medicare.

This is all has come about as a result of Trump's successes in pushing white nationalism and other efforts at promoting white supremacy over the rest of us: yes today we have both systemic and institutionalized racism, further enabled through Trump the dangers of white power to American multiculturalism, including harm to many Americans, mostly due only to the color of their skin.

And why do many in the Republican leadership go along with Trump's narrative? Because if you only have a one-party government, Republican in this case, Republicans can absolutely get their way on anything without accountability for their actions!