Celebrity refers to the fame and public attention accorded by the mass media to individuals or groups or, occasionally, animals, but is usually applied to the persons or groups of people (celebrity couples, families, etc.) themselves who receive such a status of fame and attention. Celebrity status is often associated with wealth (commonly referred to as fame and fortune), while fame often provides opportunities to make money.

Although the term "celebrity" is often intended to refer to famous individuals, it is also commonly used to refer to anyone who has had any moderate public attention in media, regardless of how well-known they are beyond their niche.

Successful careers in sports and entertainment are commonly associated with celebrity status; while political leaders often become celebrities. People may also become celebrities due to media attention on their lifestyle, wealth, or controversial actions, or for their connection to a famous person.

Click on any of the following blue hyperlinks for more about "Celebrities":
​

Celebrities who were Former Models
YouTube Video of Katherine Heigl and the Movies she has appeared in
​Pictured: Cameron Diaz & Katherine Heigl Appearing on Seventeen magazine Covers

​
Some of today's top actors and actresses are so "ridiculously good looking " as Zoolander would say  that before they were on screen  they were walking catwalks or posing for major brands in magazines and commercials.

A listing by decade, a teen idol is a celebrity with a large teenage fan-base. Teen idols are generally young but not necessarily teenagers. Often teen idols are actors or musicians, but some sports figures also have an appeal to teenagers. Some teen idols began their careers as child actors, like Lindsay Lohan.
​

The 30 most influential people on the Internet
(as reported in the March 5, 2015 issue of Time Magazine)
YouTube Video of PewDiePie
Pictured: Felix Arvid Ulf Kjellberg (a.k.a. PewDiePie) & Taylor Swift 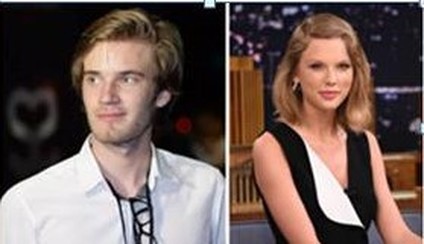 An Internet celebrity, blogebrity, cyberstar, online celebrity, or Internet personality is someone who has become famous by means of the Internet. Internet allows people to reach a narrow audience across the world and so become famous within one or more Internet communities Millions of people write online journals or weblogs.

In many cases, they write anonymously or their focus is upon a specialist topic. But if the author has or develops a distinctive personality, their fame may derive from this as much as from the content of their blog. In some cases, people might rise to fame through a single event or video that goes viral.

The Internet allows videos, news articles, and jokes to spread very quickly. Depending on the reach of the spread, the content may become considered an "Internet meme," and thus, any of the people associated may gain exposure. For example, Zach Anner, an Austin, Texas-based comedian gained world-wide attention after submitting a video to Oprah Winfrey's "Search for the Next TV Star" competition.

The concept of web celebrity ties in to Andy Warhol's quip about 15 minutes of fame. A more recent adaptation of Warhol's quip, possibly prompted by the rise of online social networking, blogging, and similar online phenomena, is the claim that "In the future, everyone will be famous to fifteen people" or, in some renditions, "On the Web, everyone will be famous to fifteen people". This quote, though attributed to David Weinberger, was said to have originated with the Scottish artist Momus. 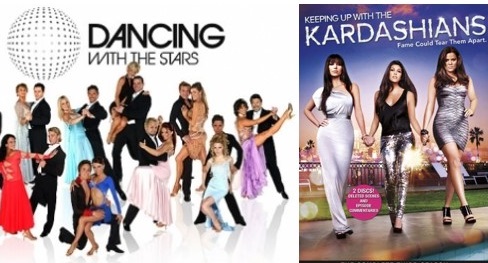 ﻿These include celebrity men who are known for bad temper, arrests,  and/or other irregular behavior. 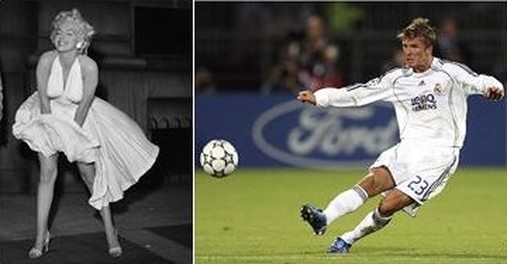 A sex symbol is a celebrity of either sex, typically an actor, musician, supermodel, teen idol, or sports star, noted for being widely regarded as sexually attractive. The term was first used in the mid-1950s in relation to the popularity of certain film stars. 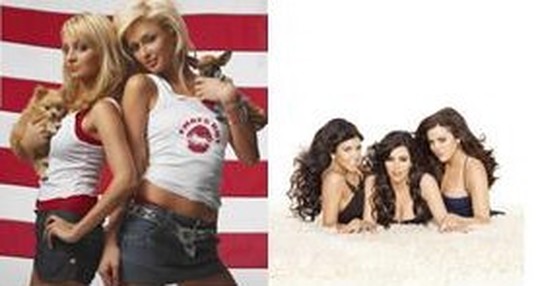 Famous for being famous, or famous for nothing, is a pejorative popular culture term that refers to someone who attains celebrity status for no particular identifiable reason (as opposed to fame based on achievements, skill, and/or talent) and just appears to generate their own fame, or someone who achieves fame through association with an actual celebrity (such as being the spouse, child, etc. of one).

People who have been described as "famous for being famous" include Angelyne, Paris Hilton, Katie Price and the Kardashian family. 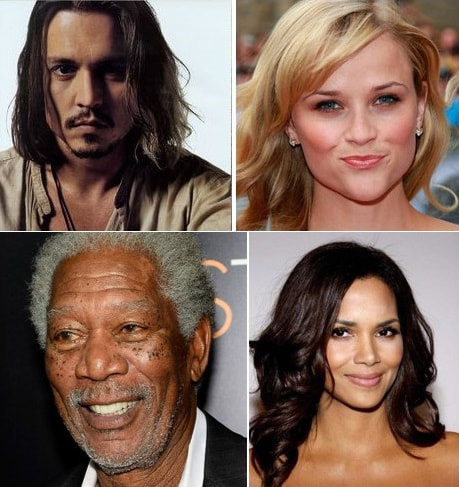 An actor (male) or actress (female) is a person who portrays a character in a performance. The actor performs "in the flesh" in the traditional medium of the theater, or in modern mediums such as film, radio, and television.

The actor's interpretation of their role pertains to the role played, whether based on a real person or fictional character. Interpretation occurs even when the actor is "playing themselves", as in some forms of experimental performance art, or, more commonly; to act, is to create, a character in performance.

Formerly, in some societies, only men could become actors, and women's roles were generally played by men or boys. When used for the stage, women occasionally played the roles of prepubescent boys.

Click on any of the following blue hyperlinks for more about Actor/Actress: Several chefs have been credited with being the first celebrity chef, among them historically Bartolomeo Scappi and Marie-Antoine Carême.

In the modern era since the advent of television several chefs have been attributed the title of the "first celebrity chef", including Julia Child in the United States and Fanny Cradock in the UK. While television is ultimately the primary way for a chef to become a celebrity, some have achieved this through success in the kitchen, publications and achieving such awards as Michelin stars while others are home cooks.

Celebrity chefs can also massively influence cuisines across countries, with foreign cuisines being introduced in their natural forms for the first time due to the work of the chef to inform their viewers.

Sales of certain foodstuffs can also be enhanced, such as when Delia Smith caused the sale of white eggs across the UK to increase by 10% in what has since been termed the "Delia effect".

Endorsements are also to be expected from a celebrity chef, such as Ken Hom's range of bestselling woks in Europe, but can also lead to criticism over which endorsements are chosen such as when Marco Pierre White teamed up with Bernard Matthews Farms, or when Darren Simpson advised and endorsed fast food restaurant KFC.

Click on any of the following blue hyperlinks for more about Celebrity Chefs: 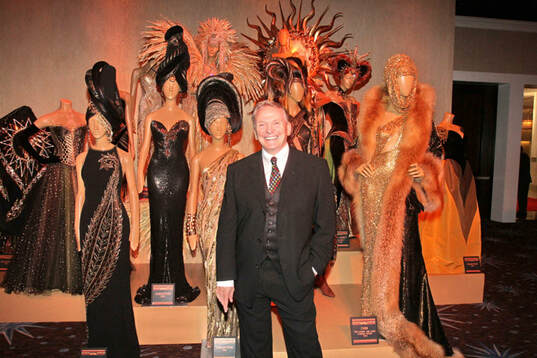 Robert Gordon Mackie (born March 24, 1939), is an American fashion designer and costumer, best known for his dressing of entertainment icons, including:
Mackie was the costume designer for Carol Burnett on The Carol Burnett Show during its entire 11-year run and designed the costumes for its spinoff, Mama's Family, and for the 1993 television adaptation of Gypsy.