Herein, you will find
REALITY TV Series
(Including Game and Talk Shows)
Broadcast in the United States​
​ 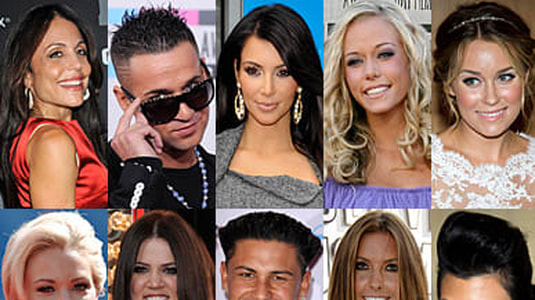 Reality television came to prominence in the early 1990s with "Real World" and the early 2000s with the global successes of the series Survivor, Idols, and Big Brother, all of which became global franchises.

Reality television shows tend to be interspersed with "confessionals", short interview segments in which cast members reflect on or provide context for the events being depicted on-screen; this is most commonly seen in American reality television. Competition-based reality shows typically feature gradual elimination of participants, either by a panel of judges or by the viewership of the show.

Some shows have been accused of rigging the favorite or underdog to win. Other criticisms of reality television shows include that they are intended to humiliate or exploit participants; that they make stars out of untalented people unworthy of fame, infamous figures, or both; and that they glamorize vulgarity.

Talk Shows
A talk show or chat show is a television programming or radio programming genre structured around the act of spontaneous conversation.

A talk show is distinguished from other television programs by certain common attributes.

In a talk show, one person (or group of people or guests) discusses various topics put forth by a talk show host. This discussion can be in the form of an interview or a simple conversation about important social, political or religious issues and events.

The personality of the host shapes the tone of the show, which also defines the "trademark" of the show. A common feature or unwritten rule of talk shows is to be based on "fresh talk", which is talk that is spontaneous or has the appearance of spontaneity.

The history of the talk show spans back from the 1950s to current.

Talk shows can also have several different sub-genres, which all have unique material and can air at different times of the day via different avenues.

Game Shows:
A game show is a type of radio, television, or stage show in which contestants, individually or as teams, play a game which involves answering questions or solving puzzles, usually for money or prizes.

Alternatively, a gameshow can be a demonstrative program about a game [while usually retaining the spirit of an awards ceremony]. In the former, contestants may be invited from a pool of public applicants. Game shows often reward players with prizes such as cash, trips and goods and services provided by the show's sponsor.

Court shows present content mainly in the form of legal hearings between plaintiffs (or claimants in the United Kingdom) and defendants presided over by a judge (though, as the court show does not have the authority of a court, the judge acts as an arbitrator).

The genre began in radio broadcasting in the 1930s and moved to television in the late 1940s, beginning with such TV shows as Court of Current Issues, Your Witness, Famous Jury Trials, etc.

By the late 1990s, however, arbitration-based reality shows had overwhelmingly taken over as the technique of choice within the genre, the trend continuing into the present.

Dramatizations were either fictional cases (often inspired from factual details in actual cases) or reenactments of actual trials. The role of the judge was often taken by a retired real-life judge, a law school professor or an actor.

Arbitration-based reality shows, on the other hand, have typically involved litigants who have agreed to have their disputes aired on national television so as to be adjudicated by a television show "judge".

Due to the forum merely being a simulated courtroom constructed within a television studio as opposed to a legitimate court of law, the shows' "judges" are actually arbitrators and what is depicted is a form of binding arbitration.

The arbitrators presiding in modern court programs have had at least some legal experience, which is often listed as requirement by these programs.

These television programs tend to air once or twice for every weekday as part of daytime television. With production costs minimal (under $200,000 a week, whereas entertainment magazines cost five times that) and an evergreen, episodic format, court shows are easily and frequently rerun.

Like talk shows, the procedure of court shows varies based upon the titular host. In most cases, they are first-run syndication programs. In 2001, the genre began to beat out soap operas in daytime television ratings. While all syndicated shows are steadily losing audiences, court shows have the slowest rate of viewer erosion.

​Accordingly, by the end of the 2000s, the number of court shows in syndication had, for the first time, equaled the number of talk shows. As reported in late 2012, court programming is the second highest-rated genre on daytime television. The genre's most formidable competitors in syndication have been the sitcom and game show genres.

Click on any of the following blue hyperlinks for more about Courtroom TV: 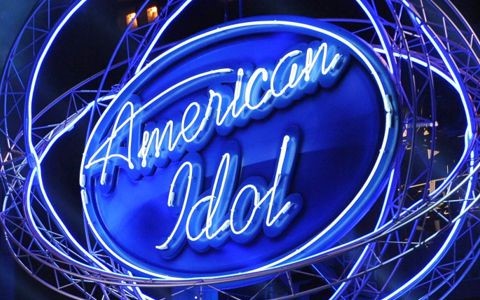 It began airing on Fox on June 11, 2002, and ended on April 7, 2016. It started off as an addition to the Idols format based on the British series Pop Idol, and became one of the most successful shows in the history of American television.

The concept of the series involves discovering recording stars from unsigned singing talents, with the winner determined by the viewers in America through telephones, Internet, and SMS text voting.

Winners chosen by viewers in its fifteen seasons were:
American Idol employed a panel of judges who critique the contestants' performances. The original judges were record producer and music manager Randy Jackson, pop singer and choreographer Paula Abdul and music executive and manager Simon Cowell.

The first season was hosted by radio personality Ryan Seacrest and comedian Brian Dunkleman, with Seacrest as the sole master of ceremonies for the rest of the series.

​The success of American Idol has been described as "unparalleled in broadcasting history". The series was also said by a rival TV executive to be "the most impactful show in the history of television".

It became a recognized springboard for launching the career of many artists as bona fide stars. According to Billboard magazine, in its first ten years, "Idol has spawned 345 Billboard chart-toppers and a platoon of pop idols, including Kelly Clarkson, Carrie Underwood, Chris Daughtry, Fantasia, Ruben Studdard, Jennifer Hudson, Clay Aiken, Adam Lambert and Jordin Sparks while remaining a TV ratings juggernaut."

For an unprecedented eight consecutive years, from the 2003–04 television season through the 2010–11 season, either its performance or result show had been ranked number one in U.S. television ratings. The series concluded with Fox after 15 seasons. 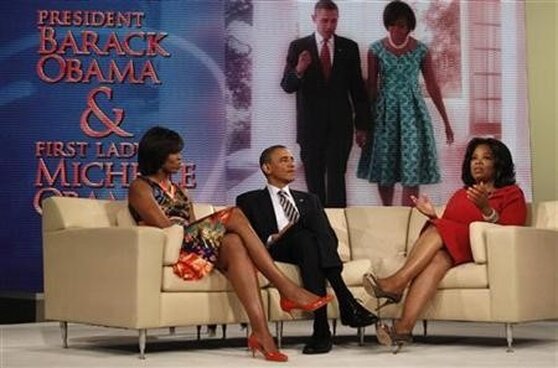 Click here for accessing Oprah Winfrey as a Popular Icon.

The Oprah Winfrey Show, often referred to simply as Oprah, is an American syndicated tabloid talk show that aired nationally for 25 seasons from September 8, 1986 to May 25, 2011 in Chicago, Illinois.

Produced and hosted by its namesake, Oprah Winfrey, it remains the highest-rated talk show in American television history.

The show has been highly influential, and many of its topics have penetrated into the American pop-cultural consciousness. Winfrey has used the show as an educational platform, featuring book clubs, interviews, self-improvement segments, and philanthropic forays into world events.

The show does not attempt to profit off the products it endorses; it has had no licensing agreement with retailers when products were promoted, nor has the show made any money from endorsing books for its book club.

Oprah is one of the longest-running daytime television tabloid talk shows in history. The show received 47 Daytime Emmy Awards before Winfrey chose to stop submitting it for consideration in 2000.

Click on any of the following blue hyperlinks for additional information regarding the Oprah Winfrey Show:

Jeopardy! is an American television game show created by Merv Griffin. The show features a quiz competition in which contestants are presented with general knowledge clues in the form of answers, and must phrase their responses in the form of questions.

A daily syndicated version premiered on September 10, 1984, and is still airing, making it by far the program's most successful incarnation.
​
Both NBC versions and the weekly syndicated version were hosted by Art Fleming. Don Pardo served as announcer until 1975, and John Harlan announced for the 1978–79 show.

Since its inception, the daily syndicated version has featured Alex Trebek as host and Johnny Gilbert as announcer.

With 7,000 episodes aired, the daily syndicated version of Jeopardy! has won a record 31 Daytime Emmy Awards and is the only post-1960 game show to be honored with the Peabody Award.

In 2013, the program was ranked No. 45 on TV Guide's list of the 60 greatest shows in American television history.

Jeopardy! has also gained a worldwide following with regional adaptations in many other countries. The daily syndicated series' 32nd season premiered on September 14, 2015.